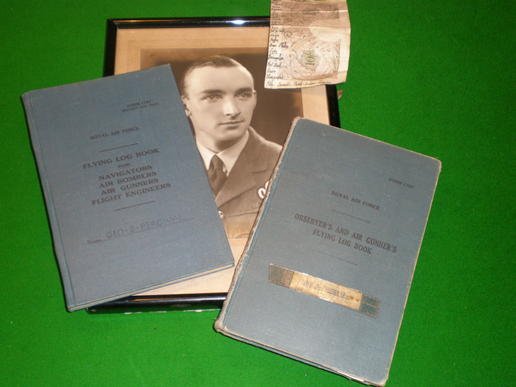 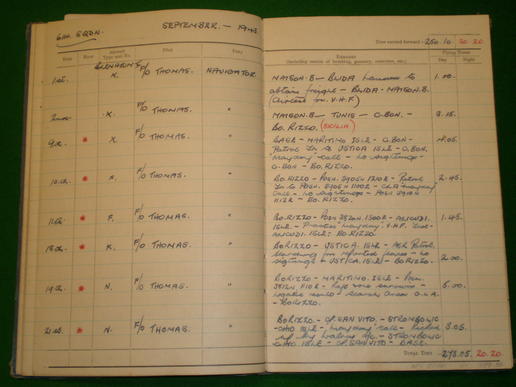 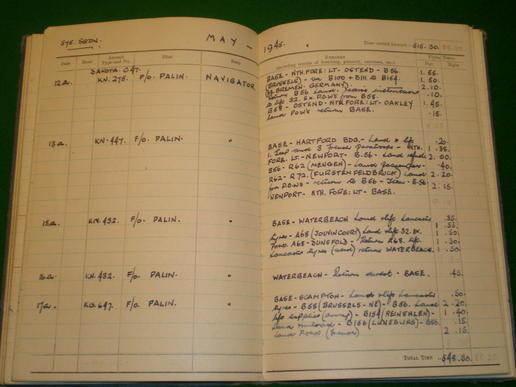 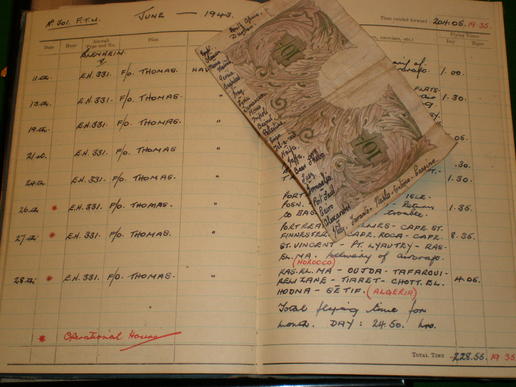 Wartime logbooks to P/O George.S.Percival. Trained in South Africa (note in logbook stating that previous logbook destroyed as a result of enemy action) Percival qualified as an Observer/Bomb Aimer but went on to become a Navigator with 42 OTU in Blenheims. Joined 614 Sqn. and flew from North Africa and then Sicily on convoy escorts and U Boat hunts,again in Blenheims-logbooks records incidents such as the finding of survivors in rafts ad their subsequent rescue by Walrus aircraft and found one dinghy 'no life' and various U Boat hunts and 'Mayday' searches. Returning to UK Percival joined 271 Sqn. and then 575 Sqn. on Dakotas. Last recorded flight April 1946. The two clean logbooks are accompanied by a framed picture of P/O. Percival and a 10/- note with a list of places visited during the war. Worthy of more research.