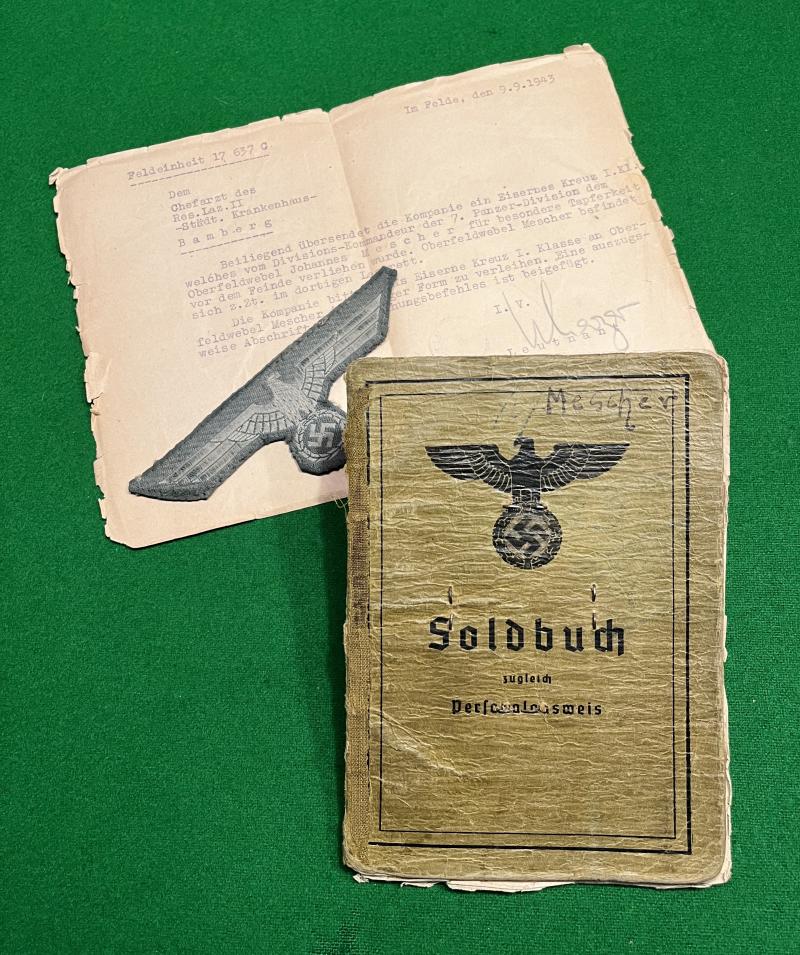 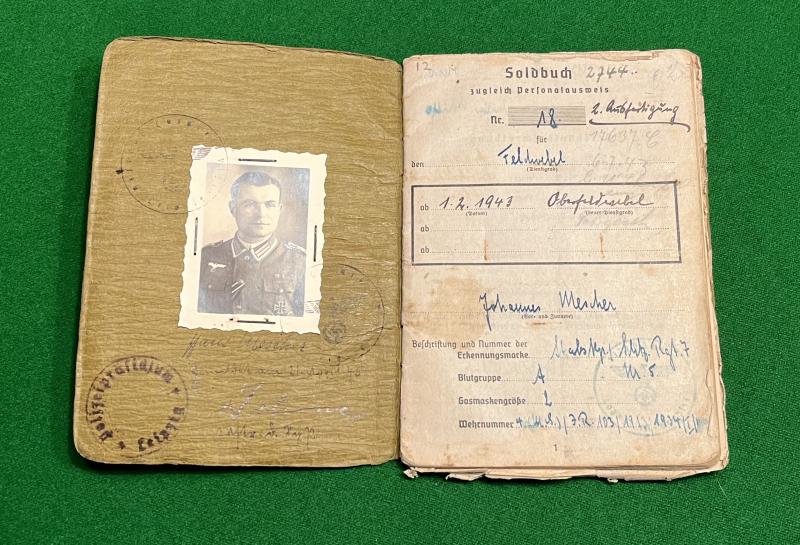 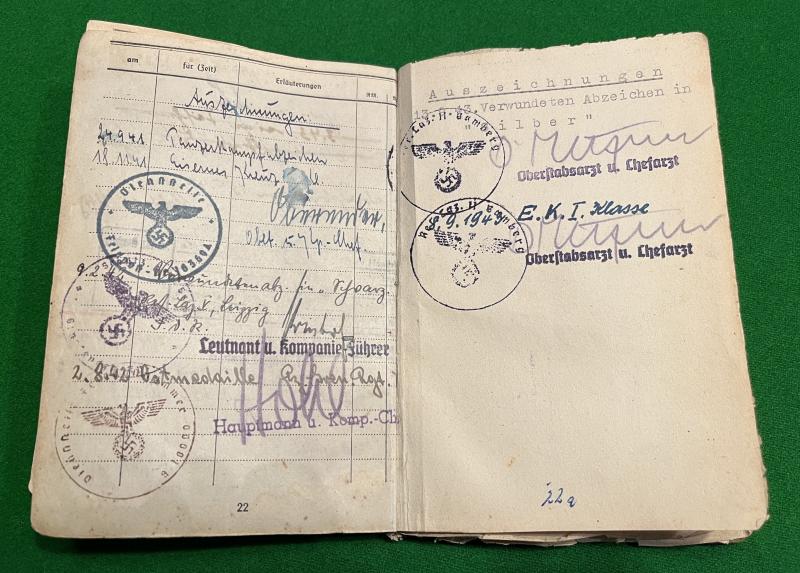 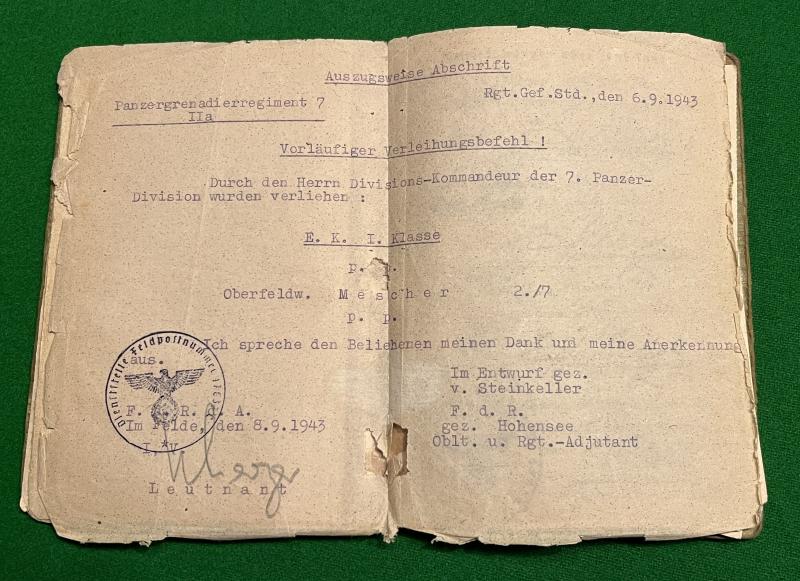 Soldbuch to Fw.Johannes Mescher of 2 Komp.Panzer Regt.7 with orders for the award of the EKI and o/r's breast eagle that was found in the rear of the Soldbuch.
Mescher was a much decorated veteran with EKII, EKI, Black and Silver Wound badges, Panzer Assault, Sports badge, Westwall medal and 4 Year service medal. In 1942 he suffered a gunshot wound and then over a year later whilst fighting at Kursk was wounded by a shell splinter which necessitated the amputation of his leg. Orders were sent to the hospital ( included ) informing him of the award of the EKI. This second issue Soldbuch is profusely filled in with a photograph wearing awards to the opening page. Police stamp and date, 21/04/45, to the same page indicates that he had returned, presumably , to his home in Leipzig. Good example.