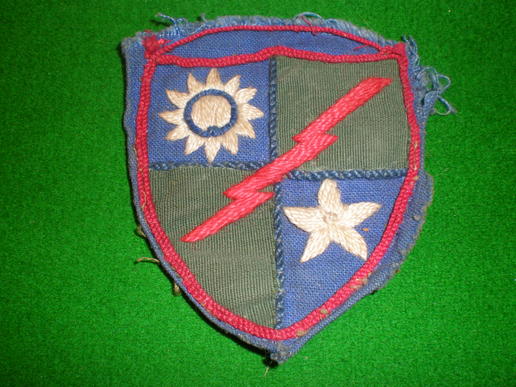 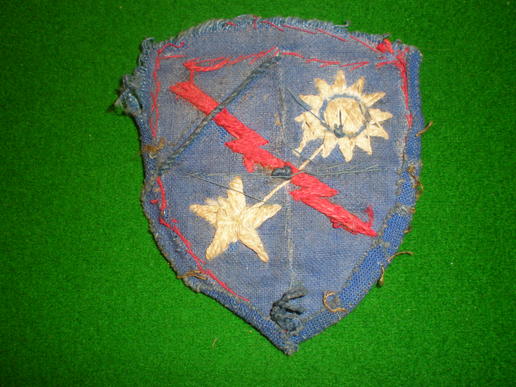 Locally produced embroidered cotton shoulder patch for Merrill's Marauders or their later incarnation as the Mars Task Force. The Marauders were formed after US admiration of the Chindits, wanting a force to operate behind Japanese lines the Marauders were formed in three battalions in 1944 and fought intensively against the Japanese throughout 1944. By 1945 their numbers were depleted and they formed the nucleus of a new unit, the Mars Task Force. Both units used this badge as their shoulder flash but with the addition of a scroll denoting membership of either the Marauders and then subsequently the Task Force. In excellent condition.