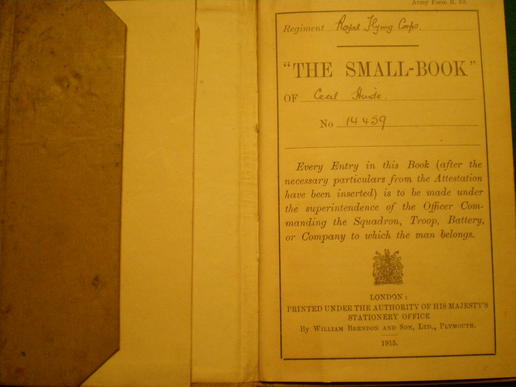 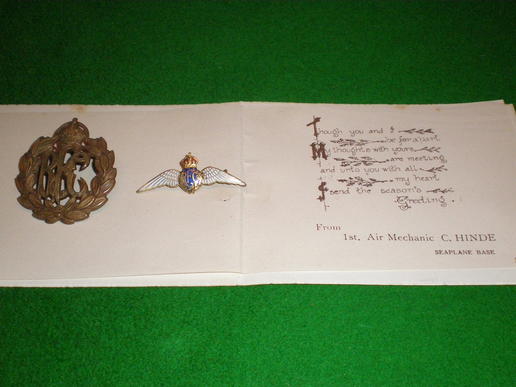 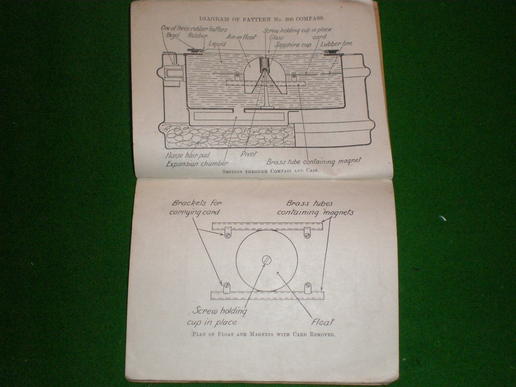 An unusual grouping to an RFC groundcrew member. 1st Air Mechanic Cecil Hinde originally enlisted in the 2/4th Battalion the Queens Cameron Highlanders in April 1915 transferring to the RFC in January 1916 as 14459. Grouping comes with a rarely seen 'Soldiers' Small Book' to the RFC, certificate of service indicating cessation of service in the RAF in Malta in 1919 based at the Seaplane base which is indicated by a personalised Christmas card. Accompanied by four technical manuals including 1915 'Aeroplane Magnetic Compass' , 'Notes on RAF (Royal Aircraft Factory) 8-Cylinder Engine', 'Handbook of the .303 Lewis Machine Gun 1915' and 'RFC Technical Notes'. Some manuals are named to Hinde. Accompanied by some typed tecnical notes, an O/Rs RFC capbadge, RFC sweetheart and a photograph featuring a Bristol Fighter. There is a cross lightly pencilled on the photo, presumably indicating Hinde. Again worthy of further research.